After a collision of the coast of Vung Tau, Vietnam, the pusher tug TAKUYO MARU was punctured in her engine room. During the salvage operation the pusher tug was seperated from the tug-barge combination and lifted by means of sheerlegs onto a specially prepared barge. After seafastening the pusher tug was towed to a shipyard in Singapore. 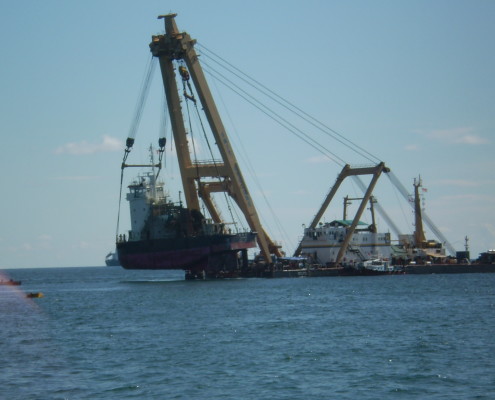 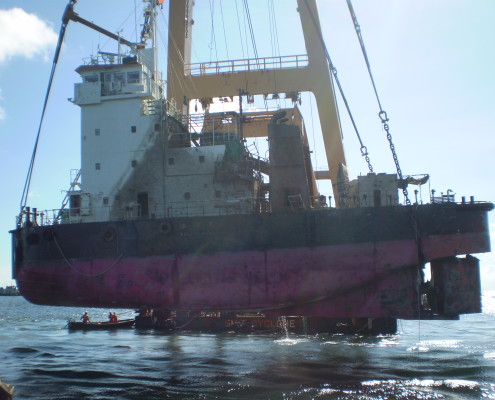 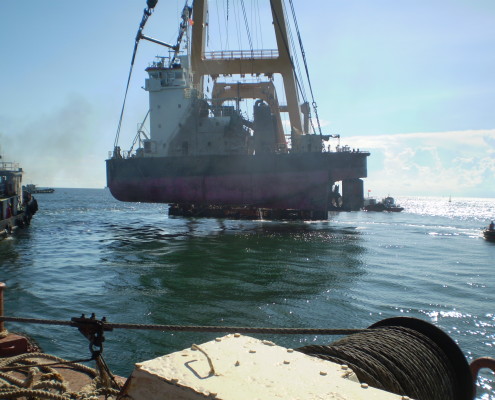 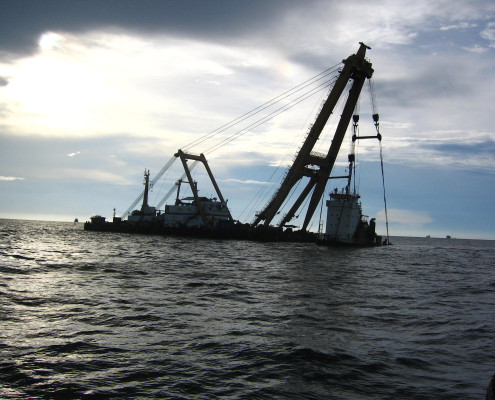 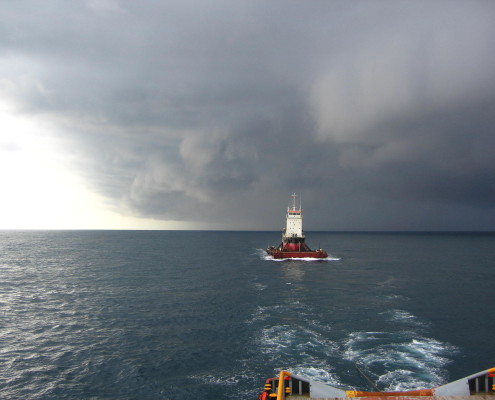 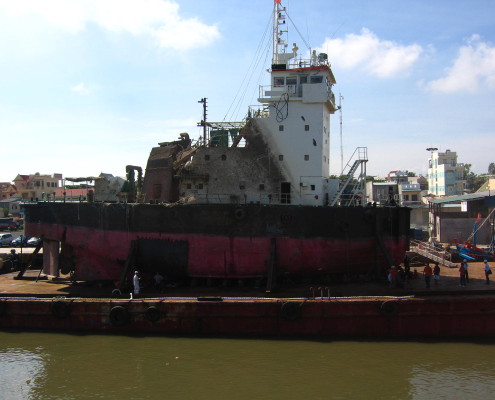 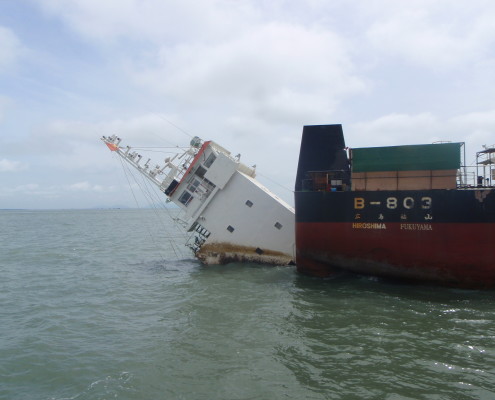